The next generation of netball talent has descended upon the Maroochydore Multi Sports Complex on the Sunshine Coast today for day one of the 2021 Nissan State Age Championships.

More than 2,500 players aged 12 to 15 are set to compete at the event over four days, which gives teams from across Queensland the chance to test their skills against the best the state has to offer.

The 12-13 age group started the day off with some sensational netball and the 14s and 15s played some fantastic games into the late afternoon.

“When the girls come to this level, everyone lifts their expectations and they lift the way they play on court, so everyone improves,” said Donna Hutchinson, co-coach of the Metro 13/1 team that won all 4 of its games on the first day.

“The players relish the opportunity to play against the best. They love the competition, and they love coming up against the higher standard of competition,” she continued. 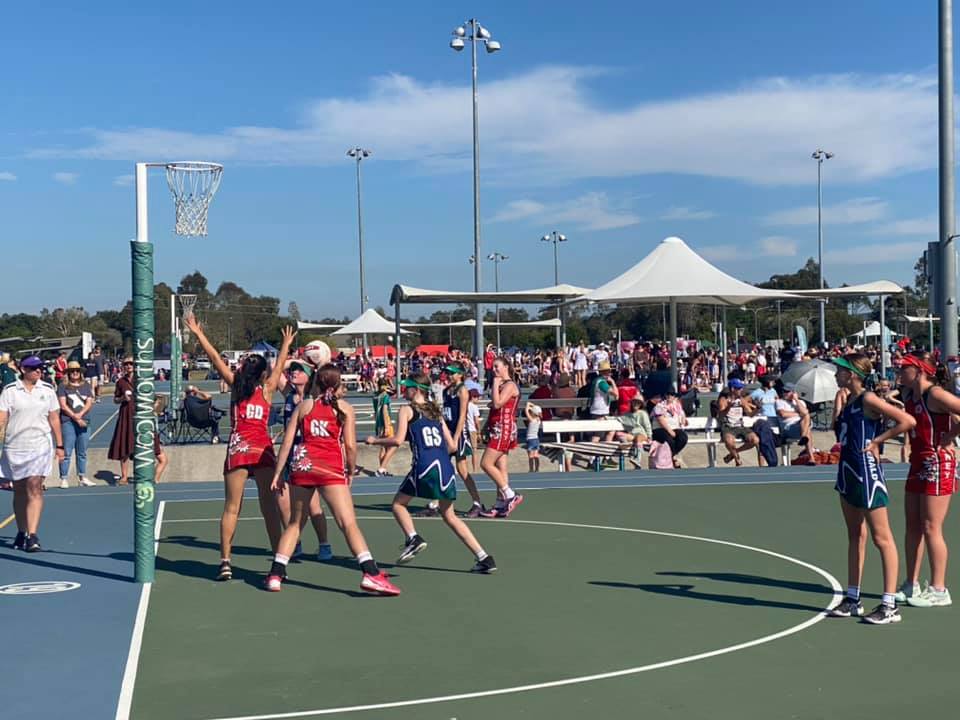 Players had to wait longer than expected to begin the Championships after the event was rescheduled earlier this year due to COVID-19 lockdowns but the delay only increased their enthusiasm as they battled across 20 courts on a sweltering Queensland day today.

The tenacity of representative coaches and players has also been on display all year adjusting the season to accommodate a delayed State Age.

“We just added nine extra weeks to our season and re-adjusted. We went back to the beginning so, we could peak at the right time, explained Kim Cameron, Head Coach for Caboolture.

“Now it’s about putting everything we worked on into play. It's hard to train all year and then not actually get to the stage for quite a while. I think it really shows the calibre of the young women everywhere in Queensland, and helps them get that experience,” added Hayley Larkin, the Representative Director of the Caboolture Netball Association.

The atmosphere on the first day was buoyant as players, coaches, parents, and umpires came together to celebrate the netball community during one of the premiere events for the sport state-wide.

Melissa Bennett, General Manager of Community Sport at Netball Queensland, was pleased with the opening day of the event, which runs through to 28 September.

“We have so many happy faces here playing netball, it’s great to see,” Ms Bennett said.

Teams took to the courts on the first day representing regions as far north as Cairns and as far south as the Gold Coast, and the number of participating teams continue to grow.

“We’ve actually got some teams here that are attending for the first time this year, as well as teams who've been to every year of State Age. So, there's a real camaraderie around the teams and tent city has a really lovely vibe to it,” Ms Bennett said.

Vendors were on-site to provide a range of refreshments and players from the Queensland Firebirds, Sunshine Coast Lightning and Queensland Suns stopped by to take pictures and sign autographs for fans.

There’s a lot more action for spectators to look forward to with three more days of games culminating in finals for the Challenge and Championship divisions on Tuesday.